Chanfainita may be the most distinguished dish in Peru. Oh yes, this may sound like an overstatement. Peru boasts an endless gamma of excellent dishes that praising one is to do injustice to the rest.

Chanfainita appeared long before the birth of the Peruvian Republic and has prevailed for many centuries. It was never considered a delicacy but rather a cheap dish. First invented by the poor and the oppressed, it is interesting to reflect what made Chanfainita a cornerstone of Peruvian Cuisine.

No Peruvian menu would be complete without Chanfainita. And most Peruvians would agree. 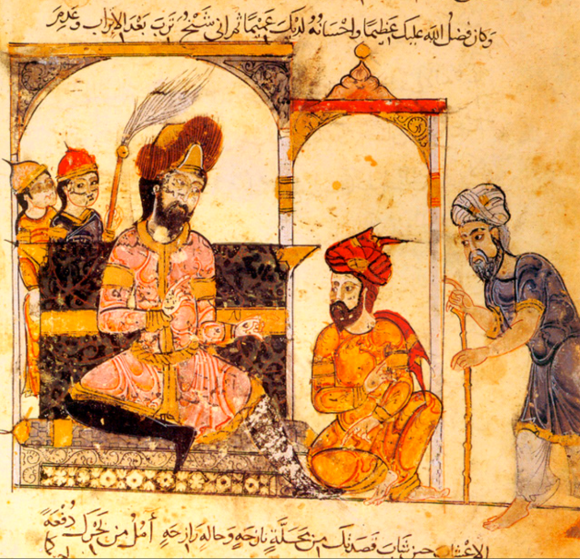 Peruvian Gastronomy is based on three foundations: its vast geography (providing vast ingredients), the fusion of ethnic and cultural backgrounds (source of great innovations), and the flexibility to imbibe new influences and culinary trends.

Does Chanfainita have African or Spanish Influence? We don’t know for sure. Even if we attribute it to both cultures, we would be dodging their Arab roots. After prophet Mohammed’s death, the Islamic Caliphate expanded its dominions to Hispania (now Spain) in the year 711 A.D. At the time, Muslims would often use badulaque, a mix of herbs and spices to season their dishes. Afterward, the term badulaque was also used to denominate a stew prepared with the entrails (heart, lungs, etc) of a sheep or cow. These, at least, are the first traces we have of Chanfaina

When Islamic influence waned, many terms were switched to regional languages. In this era, the Latin from the Roman Empire still prevailed in regions of Spain. So, the dish Badulaque began to be known as the Latin Symphonia which meant symphony, or harmony. Latin blended with other local tongues to give birth to our Romance languages (French, Italian, Portuguese, Spanish, Catalan, etc). In Catalonia, the old Symphonia in the Catalan language was called Sanfaina. As the centuries passed, Castilians and most Spaniards ultimately changed the Sanfaina to Chanfaina. 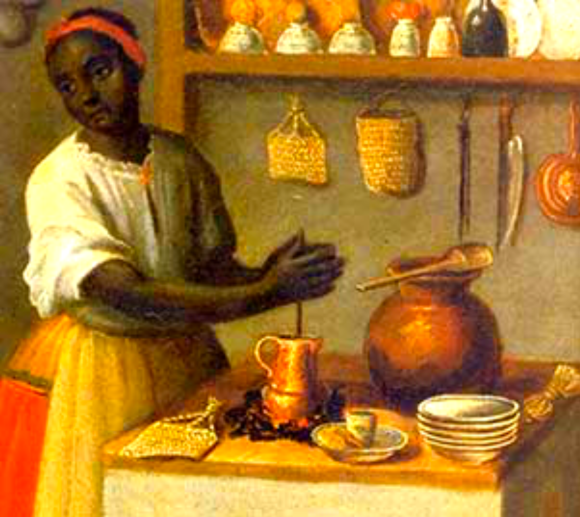 From the 12th century onwards, Spain was ruled by Spanish noblemen under smaller jurisdictions (Señorios). Chanfaina was only favored among shepherds and the lower classes. The old ‘tale’ goes that, after slaughtering a lamb, Spanish lords seized the best parts and gave the entrails to their shepherds who used them to cook Chanfaina.

In the viceroyalty of Peru, Chanfaina became a regular meal for the colonial population. Having an extensive Arab and Hispanic background, Chanfaina gradually absorbed some African influences. How did this happen? Politics and stratification had a lot to do with this. Africans were brought to Peru through the slave trade around 1550. There is the misconception that Africans were at the bottom of the social pyramid (even below Inca descendants). But in fact, most Africans worked as house servants for Spaniards and enjoyed more freedom than indigenous people. While Inca descendants toiled in farms and mines, Africans were confined to the kitchen.

‘The Peruvian Chanfaina was innovated by African culinary trends, using both indigenous and Spanish ingredients. No Latin American country experienced this culinary fusion with such depth.»

Spaniards in Peru practically forgot Chanfaina. But their African cooks maintained the tradition. They fully utilized the (cow, sheep or pork) entrails which their masters discarded. When Africans prepared Chanfaina though, they only used the lungs. Such tradition has continued, making the Peruvian Chanfaina quite distinctive. (Other South American cooks prefer adding tripe, livers, and heart to theirs). Also, Africans who were brought to Peru had a tradition of cooking beef’s entrails back home. So, the Peruvian Chanfaina was innovated by African culinary trends, using both indigenous and Spanish ingredients. No Latin American country experienced this culinary fusion with such depth. To set it apart from other Chanfainas, Peruvians called their plate Chanfainita. And that denomination is still extant today. 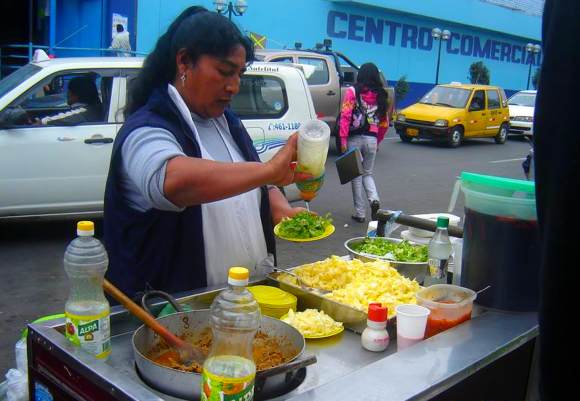 In the 18th century, our young Republic witnessed the migration of French chefs fleeing the French revolution. Our Limeño elite was eager to assimilate French recipes as well as to speak polished French.

Despite the changes in cultural and fashionable trends, Chanfainita remained in the background. The dish was never embraced due to its affiliation with the lower classes. For the Peruvian elite, to be seen eating Chanfainita was a sign of a lower status. Another popular dish also suffered the same rejection: Ceviche. Fortunately, segregationist policies could never erase what is truly authentic. After being brushed aside, it is ironic that now both recipes are Peru’s most iconic dishes. The reason is obvious: both plates embody the rich cultural heritage of Peru. Its history, flavors, beliefs, and experiences are all transfused into this delicious recipe.

In spite of its high recognition, Chanfainita never lost its connection with the people. Today, food street hawkers specializing in Chanfainita only abound in working-class jurisdictions. The few times these sellers tried their luck in uppity areas as Miraflores or San Isidro, business was very low.

History has so much influence on individual lives. The working class has loved Chanfainita for over five centuries. Apparently, that’s one thing that may never change.𝔖