People living in the Amazonian city of Moyobamba, Northern Peru, certainly enjoy themselves. For over two centuries, Moyobamba had held the «San Juan Festival,» in which locals celebrate their cultural and gastronomic heritage.

This festival has also recently showcased the «Marathon Dance,» an endurance event in which a thousand barefooted couples dance for five hours nonstop. Don’t credit that to resilience but mere cultural pride. Three hours into the dance, a visibly exhausted dancer was asked if he did not regret it. The man replied, «Never! I will never regret my local customs!» And he continued dancing.

Their natural zeal for dancing persuaded some Moyobamba officials to attempt a World Guinness record.

The Friendliest City in the Amazon 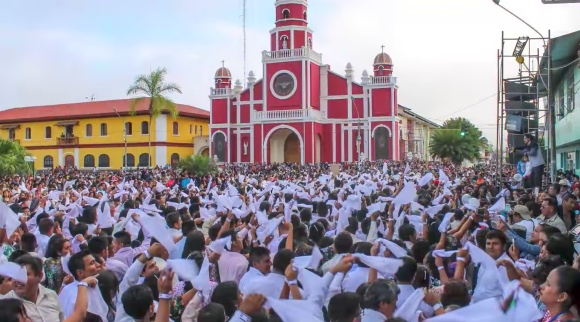 Moyobambinos playfully call themselves «the friendliest city in the Amazon.» Any random tourist can allegedly walk into the mayor’s house and share a local drink with him. Precisely, Oswaldo Jimenez, the mayor, was one of the promoters of the Guinness World Record attempt. Returning from a trip to Washington D.C, Jimenez thought of no better way to promote his «beautiful hometown.» He appeared on local TV, radio shows, and social media ads to gather enough clout.

If locals willingly joined the «Marathon Dance;» what kept them from achieving a similar feat? Jimenez contacted the Guinness committee for an attempt to produce «The Largest Peruvian Folkdance in the World.» It was to be held during the «San Juan Festival,» the last week of June.

Having enthusiasm is not enough, though. The Guinness committee informed Jimenez that the Folkdance record was a demonstration of beauty and precision. The official guidelines specified that «the group had to dance for a minimum of five minutes and all follow the same choreography without any errors ….the participants were also required to wear traditional clothing.»

The Dance of ‘La Pandilla’

After the formal announcement, most Moyobambinos wanted to participate. Local authorities then opted for a preliminary contest to select the best dancers. At two a.m on June 24th, thousands of couples showed up at Moyobamba’s main square. As the Guinness rules required, «the women wore floral dresses, pearl necklaces, and sandals while the men wore white shirts, dark trousers, and dress shoes.» The participants were nervous, as they had prepared for a month beforehand.

For nearly four hours, the dancers went through a series of preliminary tests. At six a.m the organizers finally selected the 1,585 couples (3,170 dancers) which would attempt the World record. 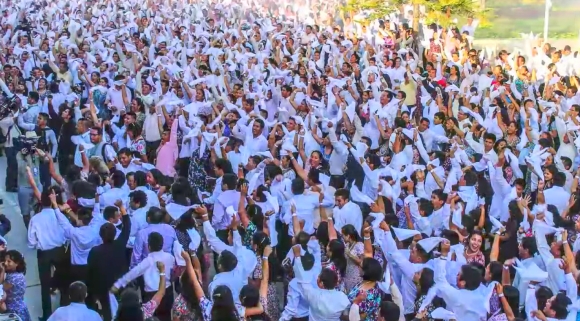 «La Pandilla» (the Gang) is a traditional dance created by the ancient Mayoruna tribe. Lore has it that Mayorunas came up with the steps while swirling around a Chonta tree to celebrate a good harvest. Moyobambinos adopted this dance centuries ago, and infused some Spanish steps. Today, «La Pandilla» is the most representative dance in Moyobamba. It still keeps the rhythms of tribal drums but mixed with the sounds of a trumpet and saxophones. Moyobambinos decided to perform «La Pandilla» to break the World Guinness Record, formerly held by the city of Arequipa.

At 6 am, the Guinness representative arrived and the test started. After an hour of feverish dancing, the committee expressed their approval. Moyobamba had made history and officially obtained the highly regarded award. The dancers were so cheerful that they returned to the Main square in the evening hours to give a public performance. As usual in Moyobamba, the celebrations and the party prolonged to the early hours of the next day.

SUMAQ congratulates the people of Moyobamba. After hearing about their dancing abilities, enthusiasm, and hospitality, they surely deserve to obtain this recognition.

This achievement is not only for Moyobamba but for all Peruvians.𝔖