Lima, Capital of Peru. Every Peruvian has heard its name or talked about it. But what is the origin of the name «Lima»?

A popular version goes that ‘Lima‘ comes from Rimac, a river crossing Lima’s jurisdiction. The term was attributed to the ancient natives inhabiting the region. They often heard the noise of the multiple stones streaming in the river. The noise resembled a human voice. Thus, the natives named the river ‘Rimac’, a Quechua term meaning, «The One who Speaks», or «The Speaker».

The tale of the ‘Speaking River’ or ‘Rio Hablador‘ is still popular. Many of us heard it in childhood. But truth be told, this version is entirely fallacious. The origin of the name Lima is actually different. 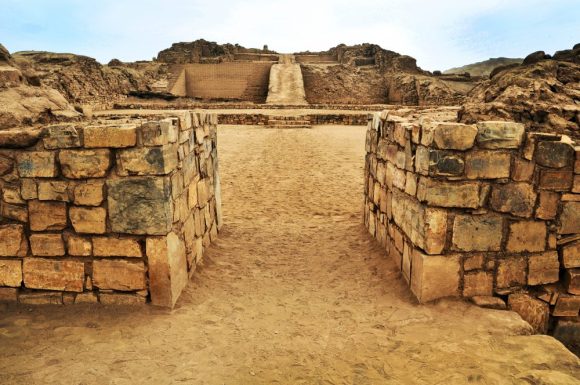 In the year 1100, a pre-Inca tribe originated in the jurisdiction of Lima: The Ychmas. This culture thrived in the area, and built several temples there. One of those temples, the Huaca Santa Ana, was used to worship their God: Pacha Kamaq. In order to honor their deity, an oracle was placed inside. After elevating their prayers, the deity Pacha Kamaq often spoke to Ychma priests. Accordingly, the Ychmas renamed this oracle as «Rimaq», the One Who Speaks.

Around 1440, the Ychmas were attacked by a horde of barbarians from the South. These were the Incas. After finally defeating the Ychmas, the Incas denominated their new conquered territory as ‘Rimaq’.

A century later, when the Incas were conquered by Spaniards, the name Rimaq was still widely used. Under Spanish rule, this region became the colonial capital. Quechuas from across the Peruvian territory knew this region as Rimaq. There was a general consensus about it. However, Quechuas living on the Peruvian Coast spoke the language with certain variations. In these coastal regions, people were accustomed to swapping the usual R for an L. At one point, when pronouncing Rimaq, they also swapped the R and said ‘Limaq.’

So, in colonial times, some historians specified that Andean natives called the colonial capital «Rimaq». But if one traveled to the western coastal regions, everyone there knew their territory as «Limaq»

This linguistic variation not only changed the name of our Peruvian capital. It did the same with other peripheral areas. Instead of ‘Maranga’, the coastal inhabitants called the region Malanga. The region of Surco was called Sulco. And Ratim was called Latim, which centuries later changed to Ate (Vitarte).

Historians specified that, in colonial times, Andean natives called the colonial capital «Rimaq». But if one traveled to the western coastal regions, everyone there knew their territory as «Limaq»

In colonial manuscripts, Spaniards wrote the name of the capital as Limac. Yet, some colonists began to drop the C, and finally began pronouncing it as we know it today: Lima

What is peculiar is that Spanish authorities did not like the name ‘Lima’. It was considered a simple denomination for the colonial capital of South America. Besides, Lima brought connotations of an Inca heritage, which Spaniards tried to obliterate. So, when conquistador Francisco Pizarro founded the colonial capital on January 18, 1535, he officially dubbed it «The City of Kings». Clearly, ‘City of Kings’ was too bombastic of a name for residents to use it in their casual talk. People continued using the simpler ‘Lima’ and that is how it prevailed.

However, during official ceremonies or commemorations, Peruvians often say ‘Lima, the City of Kings’.

Where is the Oracle of Rimaq? 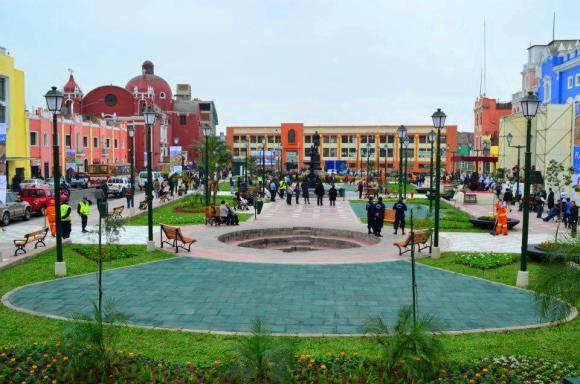 The Huaca Santa Ana, which had the oracle of Rimaq, is no longer extant. The site was demolished in order to erect the hospital «Santa Ana» during colonial times. Under colonial segregation, this hospital only served the indigenous population. The facility had several renovations, until its final demolition in 1922.

The geographical area of the Huaca is now occupied by Plaza Italia, in Barrios Altos. Most historians believe the Huaca itself was exactly located where the Santa Ana Church stands today. This church (with a pink facade) is depicted above.

Despite the information available, the myth that the term ‘Lima’ comes from the River ‘Rimac’ is still widely popular. Only a few know that the Peruvian capital is named after an Oracle erected by the pre-Inca tribe ‘The Ychmas’.

This article is a humble effort to dispel that myth.𝔖